The fall was witnessed by many people. The meteoroid broke up mid air and fell as several pieces. At least 4 large fragments were collected; the largest is ~60 kg and is in private hands. A 3.4 kg piece fell through the roof of a house and into the living room, in Mahadevpur, Arunachal Pradesh, and was collected by Guwahati University, Assam. 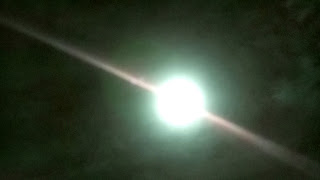 Answer to the earlier post on number of employees in Patron Spirits company 💐💐💐💐💐💐💐💐💐💐💐💐 https://plus.google.com/111375717217714398633/posts/izAHMisVEcZ ☺☺☺☺☺☺☺☺☺☺☺☺ Information on Patron Spirits - For a company that has a revenue of $100 - 250 MM (based on information available from public and reliable sources), a valuation of $5.1B with only 147 employees in US and at most 1000 employees around the world seems way above the general company evaluation, even in the luxury brand category. What surprises me is that Patron Spirits is the largest player in the Tequila business, with around 70% market share in terms of sales amongst the major players. If this evaluation appears to be high, think about the $1B for Clooney Tequila. (I am a fan of Mr. Clooney, and this analysis stems strictly from facts - this is not a complaint against Clooney or Patrons, but this is shared to revisit our thinking process - this kind of evaluation appears to be in line with "Biggest Loser&quo

NIKOLA TESLA A great innovator who had,  275 patents in  26 countries ended up dying alone with no money